Binh Duong province and the whole country have to go through a difficult period due to the epidemic. With flexible and timely solutions, the province has removed difficulties for businesses to do business. Currently, Binh Duong’s economy is on a strong recovery track, continuing to be an attractive destination for investors.

The epidemic is under control, the economy recovers

According to the report of Binh Duong province, the province has a population of over 2.5 million people, when the epidemic occurred, 285,000 people had COVID-19. Medical facilities have treated over 280,000 people who have been cured and discharged from the hospital. Binh Duong Department of Health said that the province has vaccinated against COVID-19 about 4.26 million doses. Thanks to high vaccine coverage, the rate of infection, serious illness and death are all reduced. Up to now, the epidemic has been basically controlled and people’s lives have returned to normal.

Looking back at the process of both epidemic prevention and economic development, Mr. Nguyen Loc Ha – Vice Chairman of Binh Duong Provincial People’s Committee said that in 2021, the province’s socio-economic development will take place in the context of the country’s general difficulties, as well as in the current situation. must make efforts to prevent and control the epidemic, ensure the health of the people, and at the same time strive to maintain social stability and economic development. 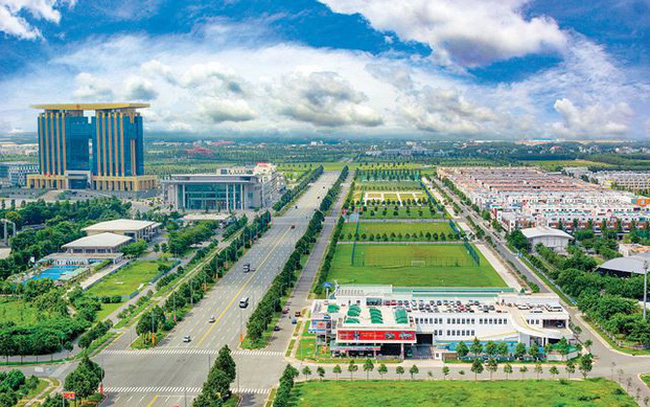 Especially, from the beginning of July, 2021, the situation of COVID-19 epidemic broke out strongly and spread rapidly in the province, the province had to implement a blockade, social distance, even “lock down and freeze” in the province. 15 wards are densely F0, the economy is severely affected, production and business activities are halted, people’s health is threatened, people’s lives face many difficulties. Binh Duong province had a flexible solution, promptly controlled the epidemic, entered recovery in the direction of safe and flexible adaptation, basically completed the socio-economic development plan to the highest possible level.

According to Binh Duong Provincial People’s Committee, the province’s gross product in 2021 is estimated to increase by 2.62%. Industrial production increased by 4.5%. Total retail sales of goods and services increased by 3.4%. Export and import of goods increased higher than the same period and exceeded the set plan. The trade surplus continued to be maintained at US$6.8 billion. This is a low growth rate compared to the plan, but in the context of the epidemic situation, this growth rate is positive, reflecting the efforts of state agencies and the business community in the area. conscious.

Continue to be an attractive destination for foreign investors

Despite the impact of the epidemic, Binh Duong province continues to take measures to improve the business investment environment. Create favorable conditions to best support investors and businesses. During the epidemic, Binh Duong province was always interested in foreign investors. The province constantly meets with businesses to listen to recommendations and promptly remove difficulties for businesses to organize production and business. Thanks to that, right after the 4th epidemic, over 85% of enterprises in industrial zones quickly reopened production.